It’s the middle of the night and I am wide awake. Tossing, turning, and tossing and turning some more. No suspicious sounds had frightened me, and it wasn’t indigestion from a late-night snack I had. Nor have I just had a nightmare about being caught in a trap where I am unable to break free no matter how hard I try. No, this time it’s because my mind reeling with the many regrets I have in life.

Growing up I learned to make right choices, and as a kid it was all very clear. When there was a choice to made, I needed to make the right one so that I wouldn’t have regrets.

Yet as life went on, I couldn’t help but have regrets. Like the time I took a huge bite out of a raw jalapeno when making homemade salsa and spent the next hour feeling like I wanted to die.

I had become the person I was not supposed to become. Someone who had regrets. For a long time that was hard for me to deal with because having regrets meant that I had not chosen the right and was therefore someone who was tainted. No one had taught me how to deal with having regrets, they’d only taught me not to have them.

Lately I’ve been on a quest to find healthier ways to manage my regrets, and thankfully, I have found a few things that have helped tremendously.

First, I have learned that I’m not the only one that has regrets. I have to admit that when I am lying awake tossing and turning at night I feel alone in my regrets. It seems as if I am the only person in the entire world that has regrets. Fortunately, I know that this is not true. As a therapist, I am keenly aware that having regrets is a part of the human experience. When I remind myself that I am not alone in my human experiences it helps me to feel more compassion for the things I regret. 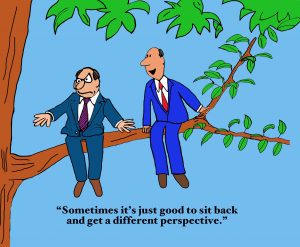 Second, I have changed the way that I see having regrets. While I used to see regrets as bad, I now see having regrets as good and something that I actually want to have. Yes, you heard me right, I want to have regrets. Why would anyone want regrets? Because I’ve learned that many of the things I regret are things that now I would no longer do. For me regrets = growth. If I can look back and say that I would do it differently next time then that is a good thing. It’s a sign that I am consistently pushing myself to do things a little better. That is something to be proud of, not regret!

Even though I want to have regrets, there are still times when I feel a little humiliated to look back and see the person I once was through the lens of who I am now. During these times I have found that the best thing I can do is remind myself that I was doing the best that I knew how to do in that moment. As a therapist, I am trained to meet people where they are at, wherever they are at, on their journey without judgement. Sometimes I need to meet my past self where I was at with the same compassion and non-judgement that I would have for someone else. 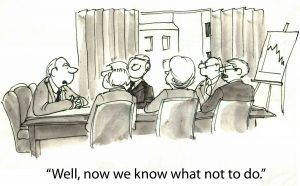 Yes, I do have moments of lying awake at night tossing and turning because of regrets, but hopefully by remembering that regrets are a part of being human, remembering that regrets can be a sign of growth, and remember that I was doing the best I knew how at the time, I will not only get a better night’s sleep but will also move forward in my life quicker. I leave you with the wise words from Jennifer Aniston,  “There are no regrets in life, just lessons.”